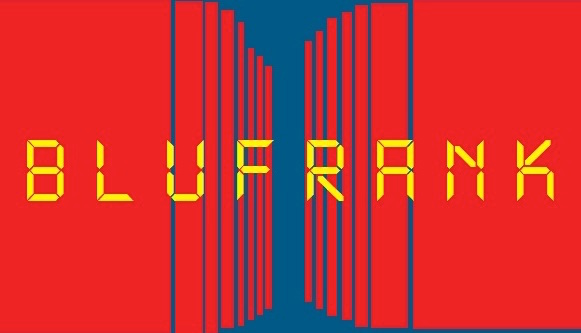 It’s been a bit of a breakout year for our chum Blufrank, the man behind the music we turn to whenever we want to know what it would be like to party in outer space.  Futuristic retro is what best describes our friend – taking from the old and new alike with equal relish – and in 2015 he didn’t disappoint, transporting us many times to that half-alien, half-70’s disco plane he inhabits.

The end-of-year release Jungles Of The Unknown // Supernature is his strongest release yet, and caps a trilogy of thematically tied short-form EPs.  And while the second track Supernature is a reinterpretation with added compositional work of the 1977 Marc Cerrone original, it’s the first original work Jungles Of The Unknown that was the standout track for us, a raucous effort that’ll have you bouncing off the walls.

The latest release caps off the trio of releases that began with 1185 (or How I Met Lumia) with it’s uber summer vibe, followed by Mid(s) / Feelings Installed with it’s heady mixture of House, Funk and Disco.  In the interim sandwiched in between the last two releases, Blufrank also collaborated with another young and talented producer, Cartoon Therapy on the spacey dystopian track Misty Nights (on a distant planet).

Shake your hips to Blufrank on Dandin.